Playing Around the Sound: Quick WrapUps of ‘The Grimaldis’ and ‘Don Juan in Chicago’ 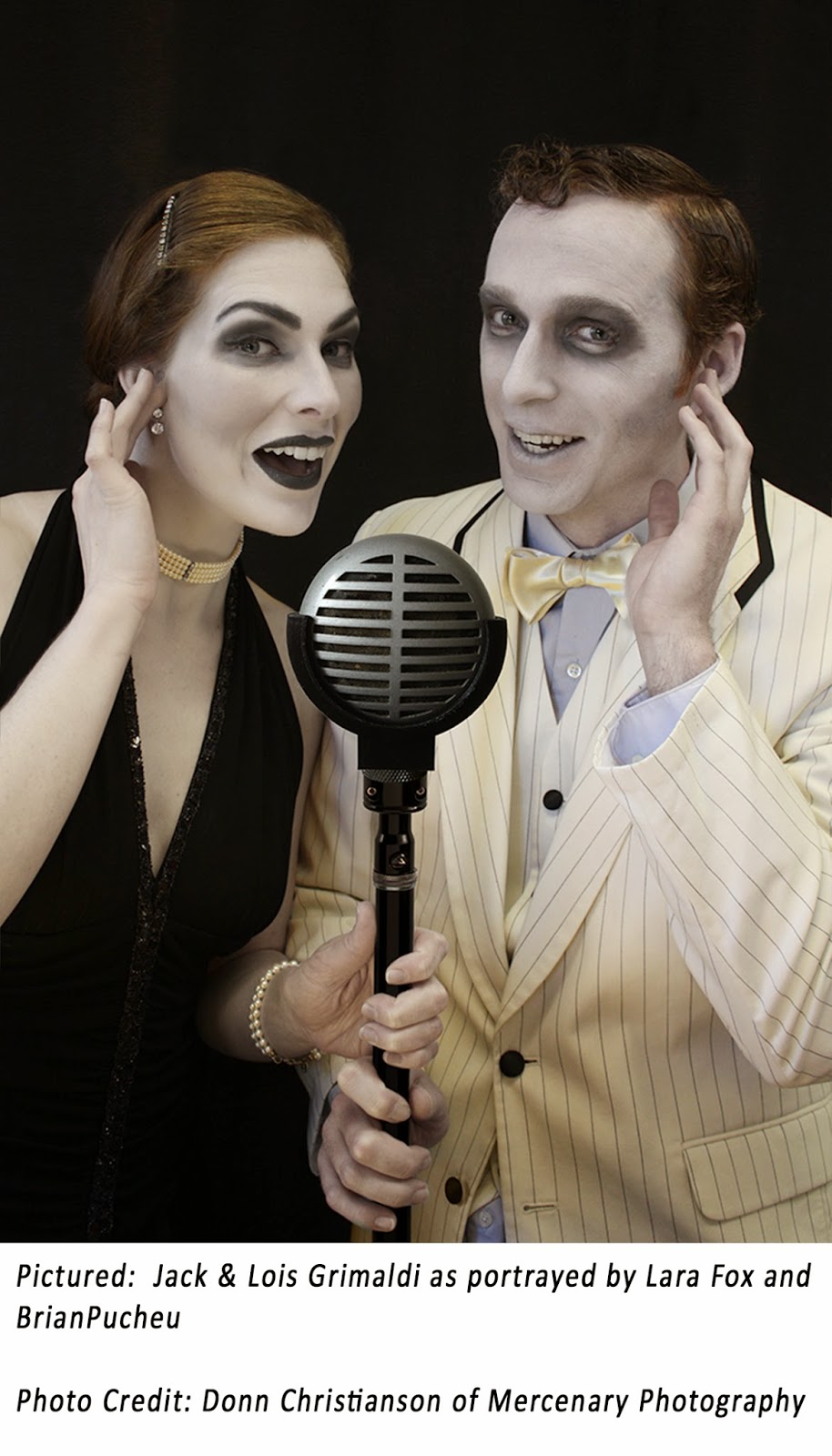 If you like vaudeville, aerialists, magic, original songs, ballet and some included noshing, you only have two more chances to see The Grimaldis: A Musical Ghost Story at Hale’s Palladium. Go here for tickets for Sunday night 7:00pm http://www.brownpapertickets.com/event/577891. Saturday 7:00pm tickets are only to be had at the door, now. Though they are standing room only.

This is essentially a scripted musical with original music by John Woods. But initially, you’re told, as you walk in, that this is a preview for an auction taking place the next day of Grimaldi Family Estate items. The Grimaldi family is a multi-generational show business family with paraphernalia to match. Written by Dane Ballard and directed by Kerry Christianson, it’s a unique, affordable, snack theater event. (Bites are served during intermission.)

It’s a pleasing array of acts and only slows uncomfortably when going into maudlin family details that could be reworked to take out the “sad” parts. After all, everyone (almost) is already dead and that’s not so sad, is it? “Narrated” (essentially) by Walter Sutter (Dustin Guy Jackson) we learn all about this talented family, as the ghosts come out to help fulfill a family dream.

Through May 31, Arouet is presenting Don Juan in Chicago in the Ballard Underground space (2220 NW Market St.). Playwright David Ives delves into the myth of Don Juan and how he got so famous. Ives decides that the good Don made a pact with the Devil and got to live forever as long as he boffs a woman a day and never, ever repeats himself! Directed by Joshua Jon with a suggestive set that fits a basement setting (by Kim Rosin), this farce succeeds in some areas and overplays its hand in others.

Ives’ play is full of demonstrations of his wit and ability to write funny rhyming phrases. A significant chunk of the play is written in verse. The actors work hard to play against it, appropriately, but sometimes too much emphasis is made and the verse becomes too apparent. It’s a fun script, but aside from demonstrating that having sex every day with a different partner doesn’t add up to a very valuable life (after 500 years), it doesn’t add up to much.

One aspect of this production succeeds well. Mephistopheles is played by Caitlin Frances, though it is usually played as a male. This helps justify more easily a change of heart she has at the end of the play that places some value on true love.

Dylan Smith as Don Juan is a hit or miss performer here, sometimes overdoing the farce and sometimes pulling off a segment, particularly toward the end. Farce is a delicate dance, and best served by acting very seriously and then pushing that a bit bigger. If directed to “wink” at the audience, it’s no longer funny. One of the best performers of that style is Amberlee Williams, whose energy totally wakes up the play in the second act.

Posted by Miryam Gordon at 5/24/2014 05:30:00 PM
Email ThisBlogThis!Share to TwitterShare to FacebookShare to Pinterest

This is a moderated comment section. Any comment can be deleted if the moderator feels that basic civility standards are not being met. Disagreements, however, if respectfully stated, are certainly welcome. Just keep the discussion intelligent and relatively kind.